I’m going to indulge you in a little time travel back to May 1985. 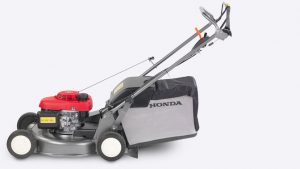 My second son Adam had just been born in February, business was booming, new Mercedes 280e in the garage and I was treating myself to an all singing and dancing lawn mower. A Honda with a Briggs and Stratton engine, 51cm cutting deck and multi-speed self-drive, all for the princely sum of £595 which in 1985 was a bloody lot of money.

Now I can hear you all saying “He needs to get out more!” and you’re probably right…

Fast forward to May 2016, thirty one years later almost to the day. The Honda lawnmower affectionately named Daisy was a bit like triggers broom, four new wheels, one new cutting deck, 5 new  blades and a new engine (but she was original) finally bit the dust. It was on a tough uphill stretch that the front nearside wheel fell off! Gutted or what! On close inspection the supporting metalwork was now un-supporting rust work and definitely beyond repair.

Off to the mower shop I went and purchased the 31 year modern equivalent, which, funny enough was about the same cost. I lifted the box with said new mower into the back of the car and thought to myself “That’s surprisingly light!” On arrival home I carried the box across the lawn and into the barn for assembly, which took all of 15 minutes. The original took over an hour to put together if I recall. One pull on the starter cord and it burst into life; old daisy used to take six or seven hard pulls to even get her to cough a bit before she would slowly chug up to full running speed.

Out of the barn onto the lawn and the first strip cut… Easy! In fact so easy I was shocked. The complete lawn was cut in two hours, a full hour less than previously. No back ache, no cursing because the grass collection bag consistently fell off and only half a tank of petrol compared with one and half tanks. Why oh why hadn’t I bought a new mower earlier??

Now you might be wondering what this has to do with anything….. Well, it reminds me very much of our businesses and our life; where else are we holding onto old things that are outdated, inefficient and dammed right hard work? I see lots of business owners that hold on to old systems and processes, destructive habits and ways of doing things that cost them time and money. It’s because they have become so accustomed to struggling they think it’s normal.

Where are we holding onto old things in our personal lives? Stagnant relationships, wardrobes full of old clothes, attics full of stuff we will never use, thoughts and beliefs that are clearly holding us back and which clearly we refuse to acknowledge?

Sometimes we have to let go of the old things, thoughts and habits in order for us to experience the new things.

My challenge to you is each day for the next twenty one days let go of one old habit, belief or attitude that is just not serving you anymore and replace it with something newer, better more efficient or just different.

One last thing…. Notice how good it feels!

Would you like to join a coaching/accountability group? Look what Rachel Cowell from JustSo has to say about my MAD group!

If you would like to change something in your business look here! 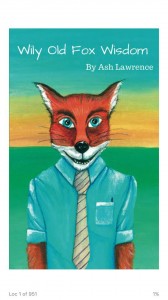 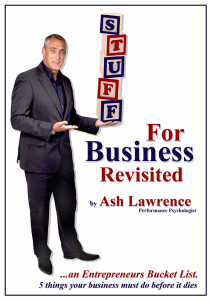