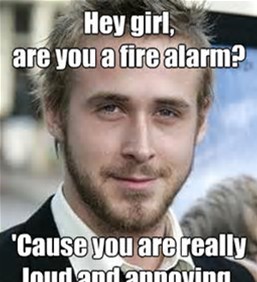 It was as I was walking up the departure ramp to board my flight home when I heard this loud laughter and a woman speaking with such passion and energy that I could not help but looking. I thought she seems to be the life and soul of that particular party; I was secretly hoping that I wouldn’t be seated next to them on the plane, after all what were the chances of that out of 380 other passengers?

When we booked in Sarah (My wife) asked as usual for a window seat only to be told that the only window seat was a single and we would have to sit separately. I was hoping for a sleep on the plane and anywhere other than a window seat would make that impossible due to my long legs. So separate seats it was.

As I handed my boarding pass to the stewardess she said “just there Sir….” Fantastic, right at the front in the exit gangway, not only a window seat but long leg room. Yahoooo.

While we waited for the last passengers to board the two seats next to me were still empty, it was then that I heard that same loud voice, surely not? You guessed it; she sat right next to me with her partner. (Bloody law of attraction) My four hour sleep disappeared into the distance just as my short break had.

You are probably asking “and so what?” Well as you know I believe “Nothing happens by chance, my friend!”

“No such thing as luck. A meaning behind every little thing, and such a meaning behind this. Part for you, part for me, we may not see it all real clear right now, but we will, before long.” (Richard Bach) Everything happens for a reason.

So what could be the reason behind this meeting I wonder?

It all soon became clear… This loud confident lady turned out to be the ultimate pessimist with absolutely no confidence and in danger of attracting all of the negative things she was imagining on a daily basis.

By the end of the flight Ash had done what Ash does best and this lady ended her holiday with a promise to learn from the Law of Attraction, re-frame her negative thought patterns and change her life for the best forever…..

Now the lessons in this “chance‚” meeting and a reminder to us all; 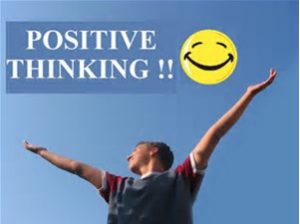 Now, for those of you that think the “Law of Attraction” is a load of old baloney here is the scientific explanation!

One of the most difficult to conceive parts of your brain is the small section called the Reticular Activating System (RAS). This tiny portion of the human brain is the size of your little finger and it can actually have a major role and effect on your life in general.

This is how and why your RAS can change your life.

At any given time during your day, your mind is bombarded with millions of bits of sensory stimulation’s from the physical environment where you are. Sounds, smells, tastes, sights, and feelings are continually being downloaded into your system, and your mind needs a way to filter that information. That is the purpose of the RAS and why it came into being.

The Reticular Activating System sits in your brain and acts as a custom filter which adapts to different types of situation and reacts instantly. If you think of the RAS as a bouncer at the door of your mind. Your beliefs tell the RAS what is or is not important, chiefly making a list of all the information invited to the party, and your RAS then acts like the club bouncer letting whoever is on the list in and chucking the rest out on the street.

Of those millions of bits of information entering your brain, your RAS only lets in around 130 pieces of those bits of information per second into your conscious mind. That’s about all that your central nervous system can handle at one time, and the details you let in are the ones that you have deemed over the years to be important enough for yourself. 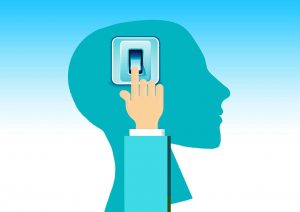 This is where the work comes in, and the awesome results follow. Over 30 days, if you think about it and imagine yourself experiencing something new, or affirming an additional, recent belief like “the world is full of amazing and incredible people,” slowly but surely you are moulding your filter so that this new statement is having access to your mind and a new mind-set is taking place. As you give access to your mind for new convictions, new thoughts are making their way in your subconscious.

We all know that no matter our beliefs, especially where they normally deal with other people, there are plenty of opinions to prove one right or wrong out there in the world. If you believe people are bad, there will be plenty of people around that can prove you right. If you believe people are great, there are just as many people out there waiting to prove that belief right too.

In the end, it is about what belief you choose to embrace and impress upon your subconscious.

For the lady in question (You know who you are!) Thank you for keeping in touch and well done for the fantastic changes you’ve made!

If you want to lift your business to the next level and change your mind-set have a look at some of my seminars.

If you like this blog, please try my book!