I was at an ABC Network meeting recently and was doing a short presentation on systems & processes. Afterwards the question of leadership came up when one of the members said to me “I hate it when somebody points out what I already know, and they are right because I’m not doing it! I’ve put the system in place but don’t use it myself so therefore the staff don’t use it!”

He is not alone in saying one thing and doing another, especially as small business owners it’s easy to tell staff what to do and then blame them for not doing it. Now, there lays the problem… 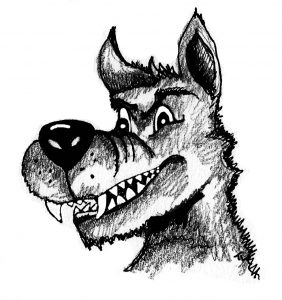 If we are the business owner, we are the alpha male/female in that business and our staff will follow our lead, good or bad.

There are far smarter people then I who have written on the all important topic of leadership.

That said, I do want to touch on this one, what I believe to be an incredibly important leadership skill. I consider it to be rule number 1 because anyone who aspires to be a true leader, whether, in their personal life, professionally, or a combination of both, there is simply no way around not making this leadership characteristic a part of their very being.

What’s the number 1 rule of leadership you ask? …

Don’t play the blame game. If you have been entrusted with the role of leader, you need to accept whatever challenges exist, yes even the ones, that may have been present before you undertook the role you currently find yourself in.

I love what John Maxwell says, “Leadership is influence.”

It’s for this very reason that grasping the lesson above is so important. Because people are influenced by those they respect — and if you are a person who doesn’t accept responsibility for creating positive change in the given area of your life where you have been entrusted with the role of leadership, you are going to have a difficult time remaining someone that others respect, and as such are willing to remain influenced by, which as you can imagine is going to limit your ability to lead.

The truly great leaders, the leaders who manage to create a legacy, the kind that 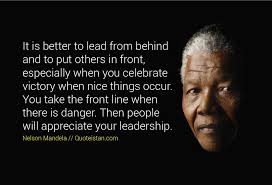 lasts years after they have gone from the position of prominence they once held never point to the shortcomings of their predecessors because they know that those who put them in the position of leadership deserve better. They understand that they were entrusted with the all important title of leader because those who trusted them and put them in this position want to see results.

They reached the level the leader not to spend time discussing the challenges they faced, and how bad a shape things were left to them, no those who lifted them up as the leader deserve better, they want solutions, not excuses. And make no mistake, the leaders who leave a lasting legacy never even mention those before them — unless to give them credit and point out the good things that they may have done. Instead they choose to focus on what they are there to do, what others are trusting them to do — to lead, without blame, and excuses, and in-turn create positive change.

Please, make no mistake, the first, and utmost important characteristic of a true leader is their willingness to own whatever challenges they come across during their tenure as leader. Deflecting and placing blame outside themselves doesn’t fix anything, and those who take this approach inevitably end up disqualifying themselves as true leaders.

Anyone can acknowledge and point out past problems, and place blame on others who may or may not have had a hand in whatever challenges exist.

True leaders are those who refuse to go down the all too common road which is paved by blame, and even goes as far as to ensure that those around them don’t attempt to shift blame either. The true leader accepts the situation as is it now, and further, accepts that he or she is fully responsible for the end result.

They relish in this challenge — they know that excuses, or shifting blame in anyway will diminish their ability to lead, because of the loss of respect they will get as a result of placing blame, and not accepting that they were put in the position they are now because others believed they could get things to where they needed to be, regardless of whatever situation they may have inherited.

Make no mistake, true leaders make the decision to get on with the business of fixing whatever problems and challenges may appear, when they appear, holding and expressing their vision for what will create that and keep others updated with real, measurable results so that everyone can see first
hand that things are in fact changing for the better. 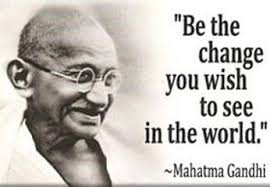 All of us must be responsible for holding those we entrust with the role of leader accountable. When we see that they are falling short, we must be willing to point it out, and let them know we expect better.

If you are not practicing what you preach then don’t blame your staff if they follow your lead! As Gandhi once said “Be the change you wish to see in the world”

If you want to lift your business to the next level and change your mind-set have a look at some of my seminars.

Would you like to join an accountability results group?

Come along to my Entrepreneurs Business Club!

If you like this blog, please try my book!