Here is a classic example of when all roads lead to procrastination. Years ago, a good friend of mine was commissioned to write an article for a mate’s website. He had been given quite a tight deadline, but it wasn’t a particularly long piece, and he was very familiar with the industry in question, so he figured it would require minimum research and it would be a doddle to write. He could bang it out in half an hour. Job done! 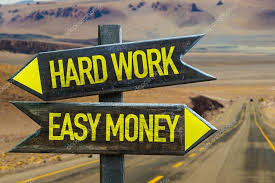 This delusion lead him to putting the project on the back burner, and everytime it popped to the front of his brain he pushed it back. His mentality seemed to be, ‘I’ll do that later, it’ll take no time at all.’ Several times when I spoke to him he mentioned getting the laptop out to start it, but he said he just couldn’t get in the right headspace – normally he would spend a few days rolling the subject matter around in his mind, letting it pick up momentum as it went; maybe even make a few notes. But this time he hadn’t, he reckoned there was no need because it would be so easy to do, so quick to write, and besides there was something he wanted to watch on telly, so no point in doing it right now. And that’s how it went all week. And the next week. Every time I spoke to him he had something negative to say about starting the project; it just wasn’t work that he felt inspired to do, he’d had to go out all day Saturday, one of the kids was sick.

The day before the deadline date he finally bashed out the article, and when I saw him he was ridiculously smug and confident that his mate would love every word of it. ‘Easiest money I’ve ever made,’ he said. He reckoned he was bound to get work from the friend’s contacts who worked in the same field, and was already anticipating his friend commissioning him to write more articles.

Within about an hour of that conversation, the guy who owned the website had emailed him. He had got the tone of the article totally wrong. He had mentioned equipment that was no longer industry standard, and one of the women he referenced throughout hadn’t won a title in about 10 years; in fact, it was unlikely that any of the guy’s current client base would even know who she was. He hadn’t read the brief properly. He hadn’t researched. He hadn’t cared. He’d been focusing on other things.

He sat up until about 1am redoing that article, and when he resent it all he got back was, ‘thank you’. No glowing feedback. No, ‘I’ll be in touch about writing something else’. Not even a, ‘I’ve passed your details onto my friend..’.

You’ll be unsurprised to learn that the last-minute article was far from his best work. It was factually correct, yes, and 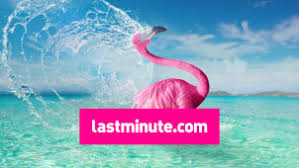 included all the information he had been asked for, but it had no life, no sparkle. The main issue here was his mindset.

How many times have you thought, ‘that’ll do’, or ‘I’ll do it tomorrow’? Stop. And do it NOW. Properly. Procrastination will literally get you nowhere because it has no driving force. You might as well be behind the wheel of a car with an empty petrol tank. There are various different types of procrastination, and we have all fallen foul of one type at one time or another. Do any of these scenarios ring a bell?:

So often procrastination comes from worrying about how the job you have to do is going to turn out; your brain is instantly picking out the most negative outcome that could occur; that customer is going to complain, that company won’t order from me again, this is going to be wrong..

By projecting that negativity onto something that hasn’t even happened yet you are setting yourself up to fail. No wonder you’re stressed out and putting the job off. How is this going to help you and your business in the long run? It isn’t. The key is to train your brain to pick out the positive things that could happen by you completing this work; it could lead to new contacts, referrals, repeat business, more money; and that’s what we’re all after isn’t it? 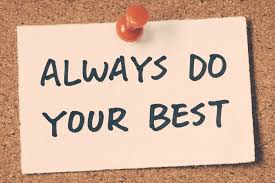 The moral of the story is, whatever your business is, don’t get so complacent or distracted that you stop doing your best work. By putting things off until later all you’re doing is causing yourself a lot of stress and putting yourself under pressure. Focus on the good things that will come from you getting stuff done well and on time – after all, you’re only as good as your last job, and your next referral could depend on it.

That friend I mentioned at the beginning is still mates with the guy who commissioned him, but he’s never been asked to write for his website again, although the article is still on there. I’ve advised him that if he ever has a day where his mindset starts to slip dangerously into ‘I’ll do it tomorrow’ territory, to go back and reread it, cringe inwardly, CHANGE his mindset, and get to work!

Fancy joining a coaching and accountability group that cares as much about your business as you do? Then watch this!